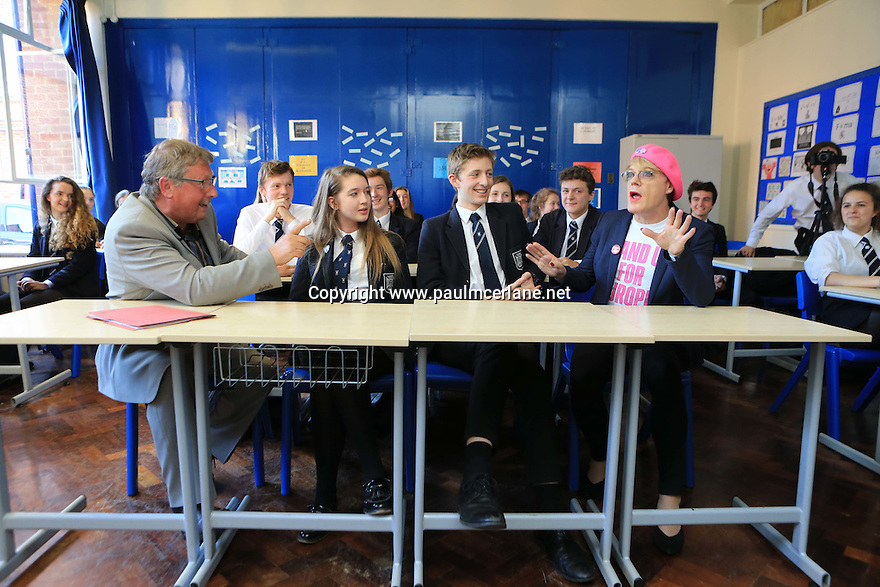 Eddie Izzard and Sammy Wilson of the DUP join the Politics Pupils (Aobh Sharvin and Ben O'Kane) ahead of this evenings debate on the European Referendum at Methodist College Belfast, Thursday, June 2nd, 2016. Methodist College, Belfast played host to a live EU debate last night with comedian, actor and charity fundraiser Eddie Izzard and DUP East Antrim MP Sammy Wilson going head to head on the key issues in the run up to the referendum on the 23rd June.
Pupils, parents and friends of Methody packed into the School’s Whitla Hall for the event chaired by journalist and broadcaster Jim Fitzpatrick. They heard from Eddie Izzard, who as ‘a proud British European, is in the midst of a 31-day Stand up for Europe tour campaigning for the UK to remain part of the EU, and Sammy Wilson who is campaigning for the UK to leave. Photo/Paul McErlane
www.paulmcerlane.net